We love all of our community partners, but if we’re honest, we have one set of clients that we love just a little bit more than everyone else.

“What makes schools so easy is you’ve got the best clients in the world,” says Brian Hochstein, MKEC Engineering landscape architect and project manager. “When you see the kids rush the school, it’s the best feeling. It’s a goosebump moment.”

For more than a decade, MKEC has helped create quite a few goosebump moments with the North Kansas City School District (NKC Schools). Our most recent project, Davidson Elementary School opened this fall.

Designing and building a school can bring special challenges, especially if you’re replacing an existing building as was the case with Davidson.

The new Davidson Elementary School sits directly adjacent to where the old school stood. That meant the new building was being constructed just a few feet away, while children were trying to learn. That’s a situation that calls for careful planning between the project team of MKEC, Hollis + Miller Architects, and McCown Gordon Construction.

On school projects, we work closely with the architects and subcontractors to make sure we use the time when kids are not in school wisely.

“Most of the exterior work is tackled in the summer,” Hochstein says. 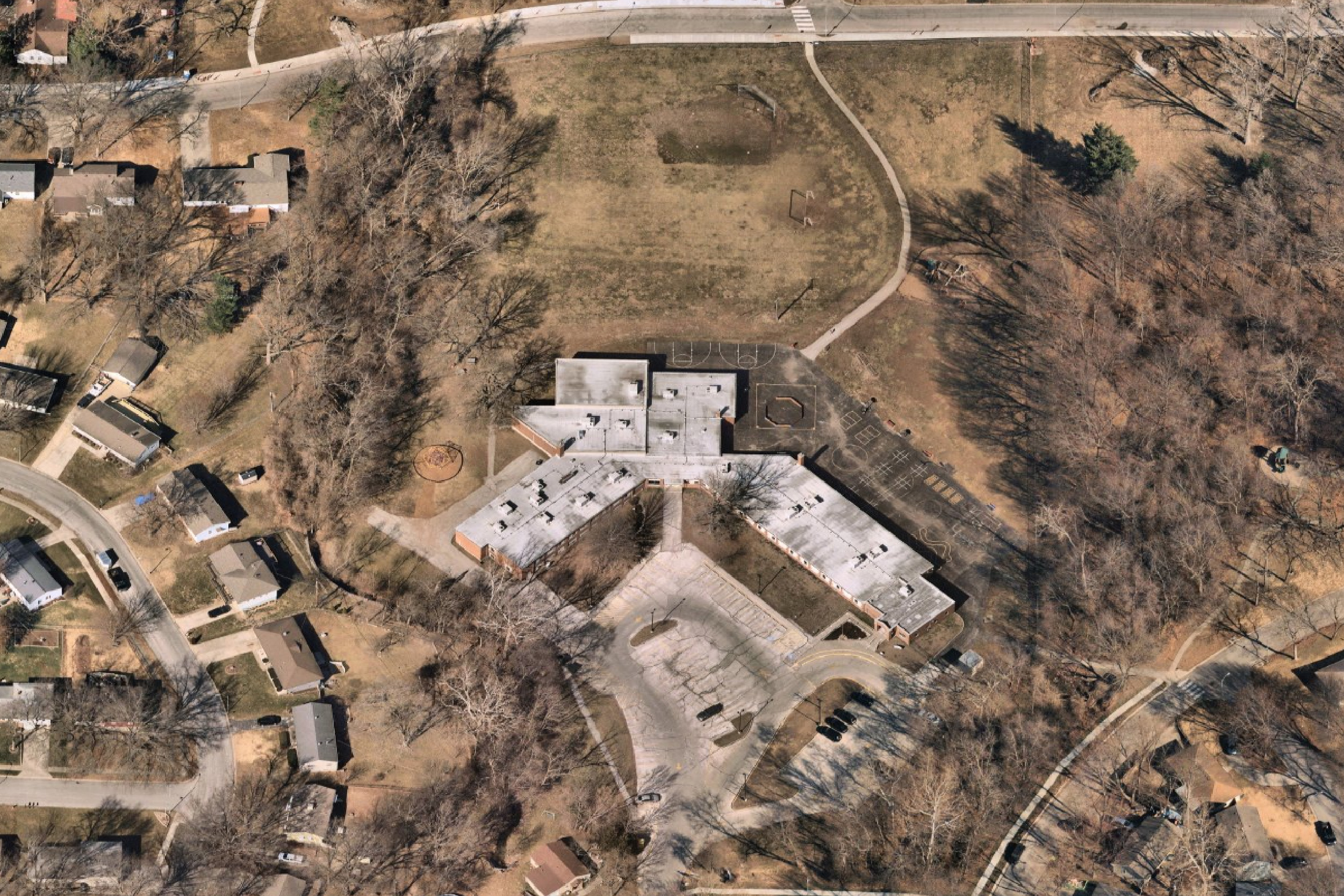 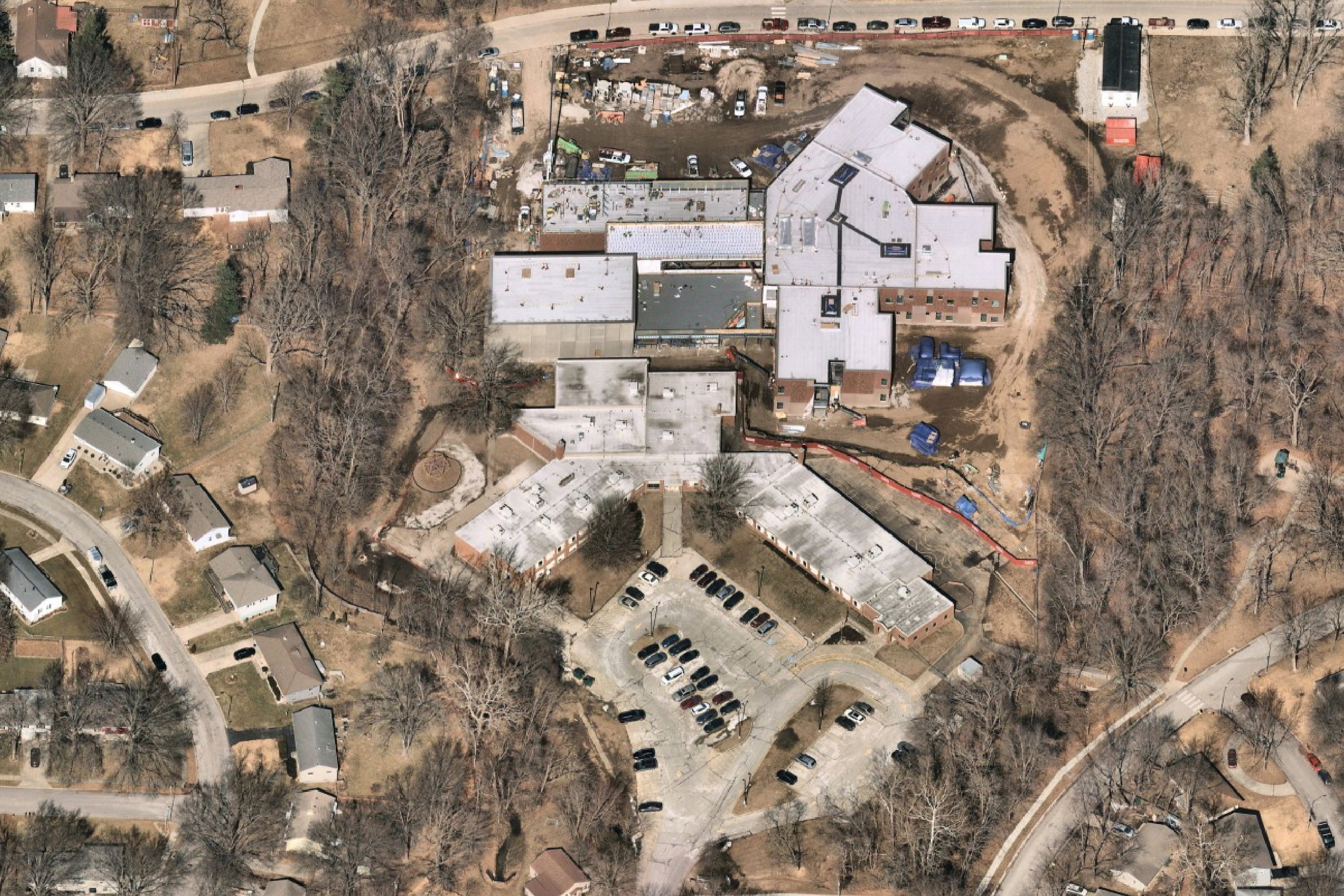 “Davidson has so many things going on,” Hochstein says. “We have utility infrastructure that we designed replacement for. There’s city parkland to the east. To the west there’s a creek that triggers stream buffer requirements. To make the school fit, our grading design had to include part of the parkland. That was a negotiation with Kansas City Missouri Parks and Rec.”

But it’s not just the children at the school or the city regulations we need to be conscious of. Schools are the center of a neighborhood and are often placed in the middle of that neighborhood, which means even families without children have a stake in the outcome, and public input is a big part of the design process.

“Schools are in neighborhoods, so they are deeply connected. That’s where community events happen. The school really becomes the heart of the neighborhood.”

Before the first shovel of dirt is moved, we lead the community input process.

“Once the bond passes, we get started,” Hochstein says. “We go through the special use permit process. Do a host meeting. Invite everyone to an open house with high-level schematic stuff to get high-level feedback. We get to designing, figuring out how to make the prototype work on-site. We build the framework for a special use permit and then have a mandatory neighborhood meeting. Everybody gets an official mailing and there’s a public notice. We record comments and questions and submit them to the city.”

After that, the team goes before the city’s planning commission, which also includes a public comment session.

“We have five or six points of contact with neighborhoods throughout the entire planning process,” Hochstein says.

Our success with schools has led to a long and rewarding relationship with NKC Schools. With more than 20,000 students, NKC Schools has plenty of school buildings, which means lots of projects.

“NKC has very strong pride in their schools,” Hochstein says. “That belief trickles down to everybody. People want to live there.”

Davidson Elementary School was just the latest in a long string of projects involving MKEC that began with sidewalk repairs in 2010. Since then, we have partnered with the district to do work on 28 of their 36 schools, whether that’s updating an existing school in some way or building a new one.

North Kansas City is unique in that all of its elementary schools are built as some variation of the same design. Part of our role is getting that design to fit on the site, often with the existing school right next to it, and that’s where experience comes into play.

“At this point, we’ve taken all the lessons learned from previous projects,” Hochstein says. “We have a really good basis of institutional knowledge. We’ve worked on around 350 schools, and we have mastered the ability to incorporate design with a live school next door.”

MKEC also leads the way on the entitlement process for NKC Schools projects, but our most important attribute is our ability to think differently and bring a new perspective to a project.

“We really do think outside the box,” Hochstein says. “We’ve gotten in a mindset when we start to lay something out, we take everything into account. We pay attention to the details. The real testament is on the back end. We have minimal concerns from contractors on our school projects.”

While the end of any project is satisfying, being a part of a school opening is different. And it’s not just the kids’ joy that creates goosebumps.

“The teachers have had a building that has functionally worked but hasn’t been adaptable to new teaching styles,” Hochstein says. “This is where our partners do such a good job. When you get to see the teachers moving into a classroom in a brand-new building, that’s pretty special.”

Teachers, administrators, and community members all have a stake in a new building, but the primary focus is always on the students. “We work hard to satisfy all parties involved, but at the end of the day it’s all about the kids,” Hochstein says.