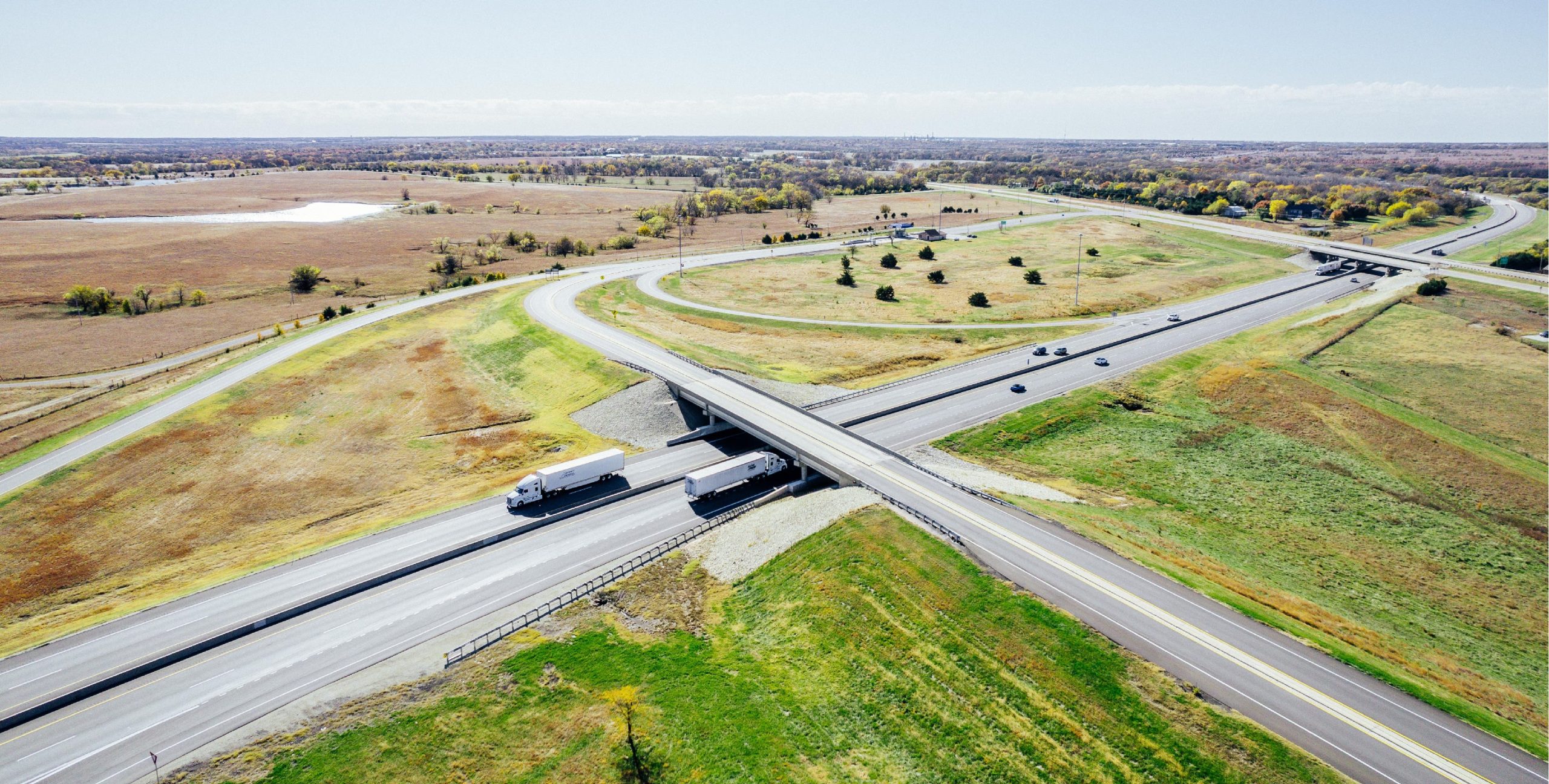 Most people don’t spend a lot of time thinking about roads and bridges. They simply use them to get from place to place.

But MKEC’s Transportation Division isn’t most people. Our engineers do spend most of their time thinking about roads, bridges, highway systems, interchanges, curbs, guard rails and more – so the average driver doesn’t have to.

And that has led to successful relationships with states, counties, municipalities, and DOTs.

“The projects we work on mean a lot to communities. We work to improve driver safety, connect communities and meet future traffic needs.”

When you think of transportation engineering, you most likely think about building new roads, but that’s just a part of what MKEC does.

“We do a lot of roadway design,” says Jay Anglemyer, civil engineer and principal at MKEC. “That can mean many different things. Historically, it has been the construction of new rural or urban roadways. But we also specialize in road rehabilitation or modernization where we take an existing highway and improve it by adding shoulders and improving curves. Then there are some jobs that aren’t as glamorous like providing a new surface on the highway.”

Transportation projects often aren’t just about building something new. They’re about making sure people who need to use existing roads and bridges remain safe and able to get where they need to go.

“We take plans for traffic during construction seriously,” Anglemyer says. “We have an accountability to the public.”

When MKEC takes on a transportation project, we know that we aren’t just building a road. We’re connecting communities and taking on the responsibility for being wise stewards of taxpayer money.

On every transportation project, whether it’s with a large entity like the Kansas or Oklahoma Departments of Transportation or a smaller city, our engineers view themselves as an extension of the organization’s personnel.

“We do quite a bit of work with the City of Wichita,” Anglemyer says. “One of the things they like is we conduct ourselves as if we’re an extension of their staff. We‘ve taken the time to learn and understand their processes, which makes life a lot easier for them.”

Part of viewing ourselves as an extension of our clients means that we look out for them and often look beyond the stated scope of the project.

“The thing that’s probably helped us more than anything is just the extra effort we go into providing our client options,” Sparks says. “Those options typically involve saving right-of-away – things like avoiding massive utilities. We’re really good at seeing the big picture. For example, if there’s a situation where we find there’s a lot of accidents, we find options to improve safety in that area. We also look at environmental impact. I think that’s really where we stand out.”

Anglemyer agrees. “MKEC’s philosophy is we’re always going to think outside the box, add benefit to the client that they didn’t know they needed.”

Identifying ways to add extra value to clients’ projects requires an interdisciplinary approach that is common to nearly all MKEC’s projects.

“Another advantage is we have the other disciplines to rely on,” Anglemyer says.

From civil to survey to electrical, environmental and landscape architecture, transportation projects require a variety of specialized knowledge that all exists within MKEC. With the added ability to work across multiple offices in several states, MKEC can bring its far-reaching knowledge base together in one virtual room to create solutions for transportation clients that strengthen their communities and respect their budgets.

A couple of current projects showcase MKEC’s commitment to putting our resources to work to connect communities.

The Oklahoma Turnpike Authority recently chose MKEC to be one of 12 program managers on its ACCESS program, a bond program for new turnpikes and alignments throughout the state. MKEC will oversee two of the projects.

“It’s more involvement,” Sparks says about the program manager designation. “We’ll meet with the public a little bit more as we’re providing several different options, and the timeline is a lot faster. Normally the design process would be three to eight years for this scale of project, and we’re going to do it in 18 to 24 months. Since we have a large team, there’s more of the project management aspect to it as well. In this case we have 14 different subconsultant team members just to spread the work around.”

These two projects have a large scope. “The primary focus is to relieve some of the traffic congestion of the future. The way to build stuff to meet the needs of the future is through turnpikes. They’re actually going to widen the existing ones and create more access points to create safer and more efficient highways. It’s a big improvement statewide to connect the state all together. “

While large, statewide projects are important, sometimes it’s the smaller jobs that can make a huge impact on a community, and we’re excited to be a part of those, as well. One such project is the construction of a new roundabout in Dodge City, Kansas.

A new cheese factory in Dodge City will bring jobs and investment into the community. However, the existing roadway infrastructure won’t handle the increased traffic load, leading the Kansas Department of Transportation (KDOT) to choose MKEC to build a new roundabout to improve the traffic flow. But the project has to be done on a compressed timeline.

“Usually with a KDOT project, you have two- or three-year design period where you have multiple reviews,” Anglemyer says. “The brand-new cheese factory going in Dodge City is kind of a big deal, and they have to improve the intersection to make traffic flow. There was a public meeting in May, and final plans had to be complete by the first week of September.”

And our team of transportation engineers and designers at MKEC will keep thinking about roads and bridges – so everyday drivers don’t have to.