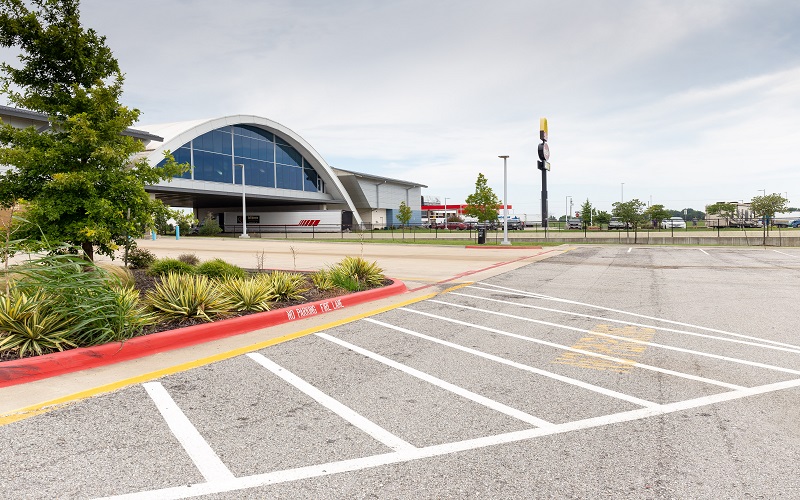 It’s one of those instantly recognizable pieces of Americana that has been the hallmark of many summer road trips: the “Glass House” spanning I-44 just outside Vinita, Oklahoma. But if you’ve never journeyed beneath the massive arches of the Vinita Service Plaza or stood inside and watched from above as traffic flies by beneath your feet, now’s the time to add it to your summer bucket list. Thanks in part to the team at MKEC, the Vinita Service Plaza – renamed the Will Rogers Archway – is safer, more energy-efficient and better than ever.

The world’s first bridge restaurant opened in 1958, extending across four lanes of the new I-44 – dubbed the Will Rogers Turnpike in honor of Oklahoma’s famous son. Originally home to the Glass House pancake restaurant, it wasn’t long before another American icon – McDonald’s – moved in. Signature golden arches measuring 52 feet at their peak towered over the turnpike, to form the steel arch bridge’s supports. At one time the largest of the fast food chain’s restaurants worldwide, the 29,135-square-foot Glass House McDonald’s between the toll plaza and Vinita exit quickly became known for much more than burgers and fries. Soon it earned a reputation as a destination for travel stops and photo opps, as travelers posed for selfies in front of the massive glass windows to document the rush of traffic zooming by on the turnpike below.

But after 55 years in service, the Vinita Service Plaza was showing its age. The Oklahoma Turnpike Authority (OTA) hired us to improve traffic flow and parking, making both sides of the rest stop safer for motorists and pedestrians. Our civil/survey team worked closely with OTA’s architectural team to develop improvement plans for entrance and exit ramps as well as mapping out construction sequencing to allow work on the ramps to wrap up before the rest of the project. Working with OTA, we developed an early bid package that allowed the turnpike to remain open during construction. Our engineers also analyzed the existing pavement and proposed grades to design upgrades that saved OTA thousands in replacement costs by keeping some of the existing pavement. To maximize efficiency and safety around the plaza’s fueling areas, we partnered with OTA’s fuel vendor while preparing our design. Finally, MKEC’s electrical engineers coordinated with OTA and the City of Vinita on utility design and fiber optics.

If you stop to stretch your legs and fill up your tank at the I-44 Vinita Service Plaza, be sure to take in the beautiful greenery our landscape architects designed to soften and add visual interest to the vast parking lot and travel lanes. Head up the stairs or take the elevator to the bridge’s restaurant level, and from the wings of the building, look up, where you can peer directly into the arch. Grab a bite to eat or a souvenir and enjoy the open, inviting, modern interior. Don’t miss designers’ nod to the Glass House’s mid-century roots: a 1960s replica Corvette suspended from the ceiling. Finally, take in the sweeping view of the speeding traffic below from the enormous, new, energy-efficient glass windows, designed to keep out the scorching Oklahoma sun. Snap a selfie as you stand atop the turnpike – then check it off your #SummerBucketList.